Rana is a curator, writer, and filmmaker, who came to see us at Soul & Surf India. He created three beautiful & heartfelt shorts that perfectly captured the spirit of our team – and quite frankly made our collective hearts do some very large twitches.

These visual goodies are well worth dusting off the fine china for, so pull up a pew and check the full versions out at your leisure.

He also steers REProduce Artists, a collective of artists, organisers and content creators that produce interventions in non-traditional spaces, engaging with music and video in modular, sequential plays.  These utilise the aesthetics of spaces as varied as former mills, bakeries, and hotels, producing five-hour embedded experiences.

Where are you based?

Well, currently I’m in Halifax, Nova Scotia, a part of the world that encourages a certain mindset to surf in the frigid waters of the North Atlantic during blizzards.

The city contains many conundrums: a strange, disconnected, hermetic bubble on this continent that thrives on a mindset of not doing much of anything.  Except surfing in blizzards.  Yeah I don’t know either.

I‘m going to be based in Goa for the winter though, staying here in Canada for that season is morally reprehensible and unjustifiable.

Tell us a little about yourself, any current projects you’d like to talk about?

I’m going back to India to finally make this film I’ve been wanting to make about Goa based on a nice little festival commission. Since the pandemic I’ve become a sort of coding/WebRTC geek and so a big part of my work now is dedicated towards building this live streaming platform for weird brown people.

Basically I remain looking at the world through cameras and trying to understand why I see so much of myself in that footage. After a two year break I’m sure I’ll produce a bunch of events in the months to come, but I think now I just want to document it all in a way I didn’t before. It’s important to me.

Tell us about your films, and your inspiration for them

I’m inspired by mortality. There can be tremendous humour in suffering. The past ten months were super messed up and probably point to the most challenging period of my life to date.  I’m into it.

"Perceptions of risk seem to underpin why cultures are distinct from one another. That shared uncertainty has to be grappled with somehow, and it seems every artefact we’ve made to try to deal with it - notions of destiny, faith, or whatever people do to outsource their accountability to a third party - consume my curiosity." 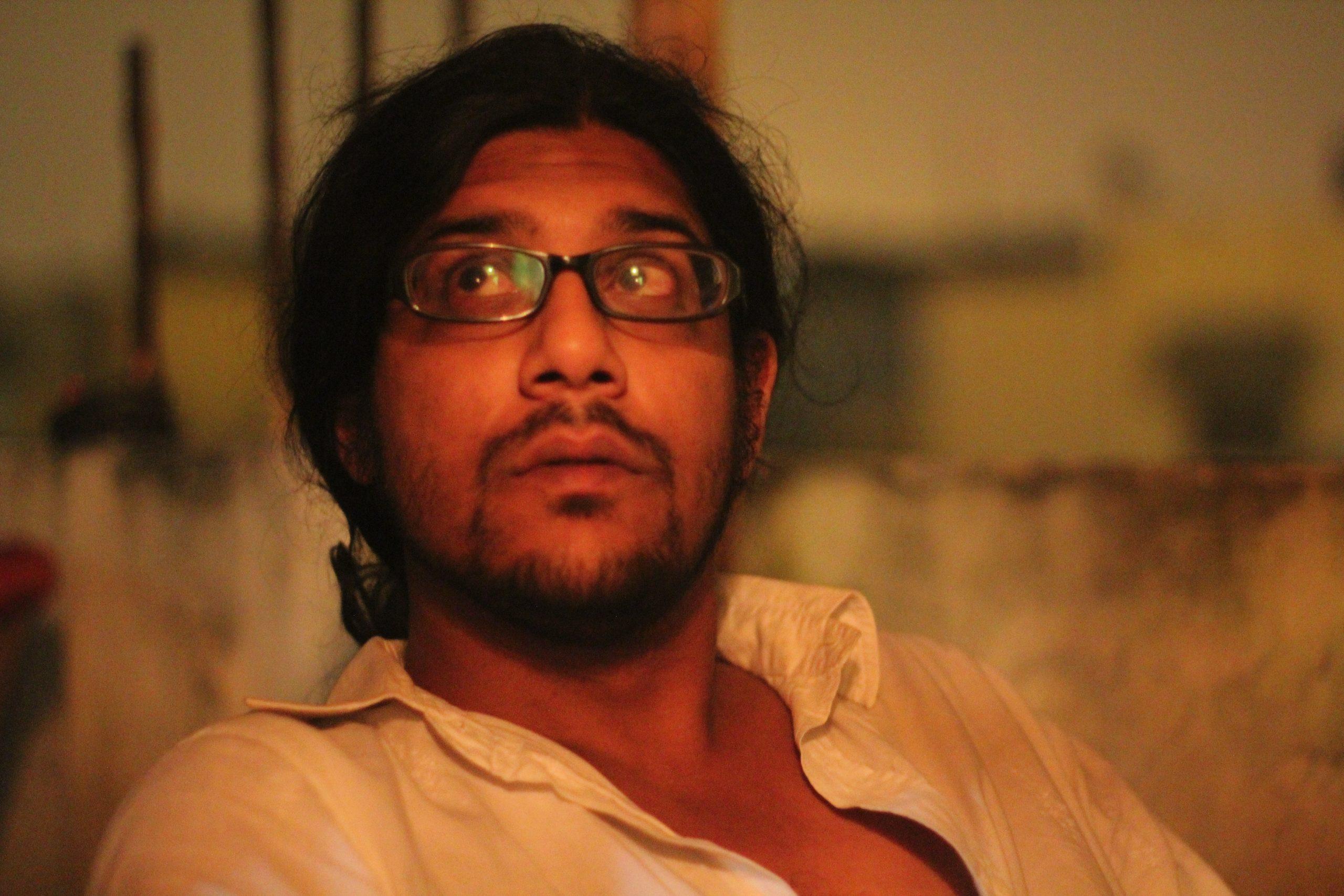 How do you connect with the present?

By accepting that music is a means for me to catalog memory into meaning, and transposing those references into the world around me at any given moment of my alleged present gives it some shape.  Beyond that I think the present is a scam.

What role does the ocean play in your work and life?

It's everything. I grew up around pounding, merciless waves teeming with life in seemingly unbearably harsh confines. I've also seen people fall prey to their ill informed curiosity and succumb to the ocean.

There are few things as canonical in my life as staring at the straight line that divides sea and sky. Being on a sailboat in the middle of the Labrador Sea and seeing that straight line all around me was very important. It’s good to feel insignificant sometimes.

Just not all the time.

What creative inspiration have you drawn from your travels?

Unstated expectations destroy relationships, no one knows when they will die, we are all inherently selfish – some people are more comfortable about these three axioms than others – do it now.

Sarojini The Catalyst from Soul&Surf on Vimeo.

"I’m also drawn to razor clams.  Ironically it turns out they are native to Nova Scotia, just on the north shore. There’s some folky adage in that observation to unpack I suppose." 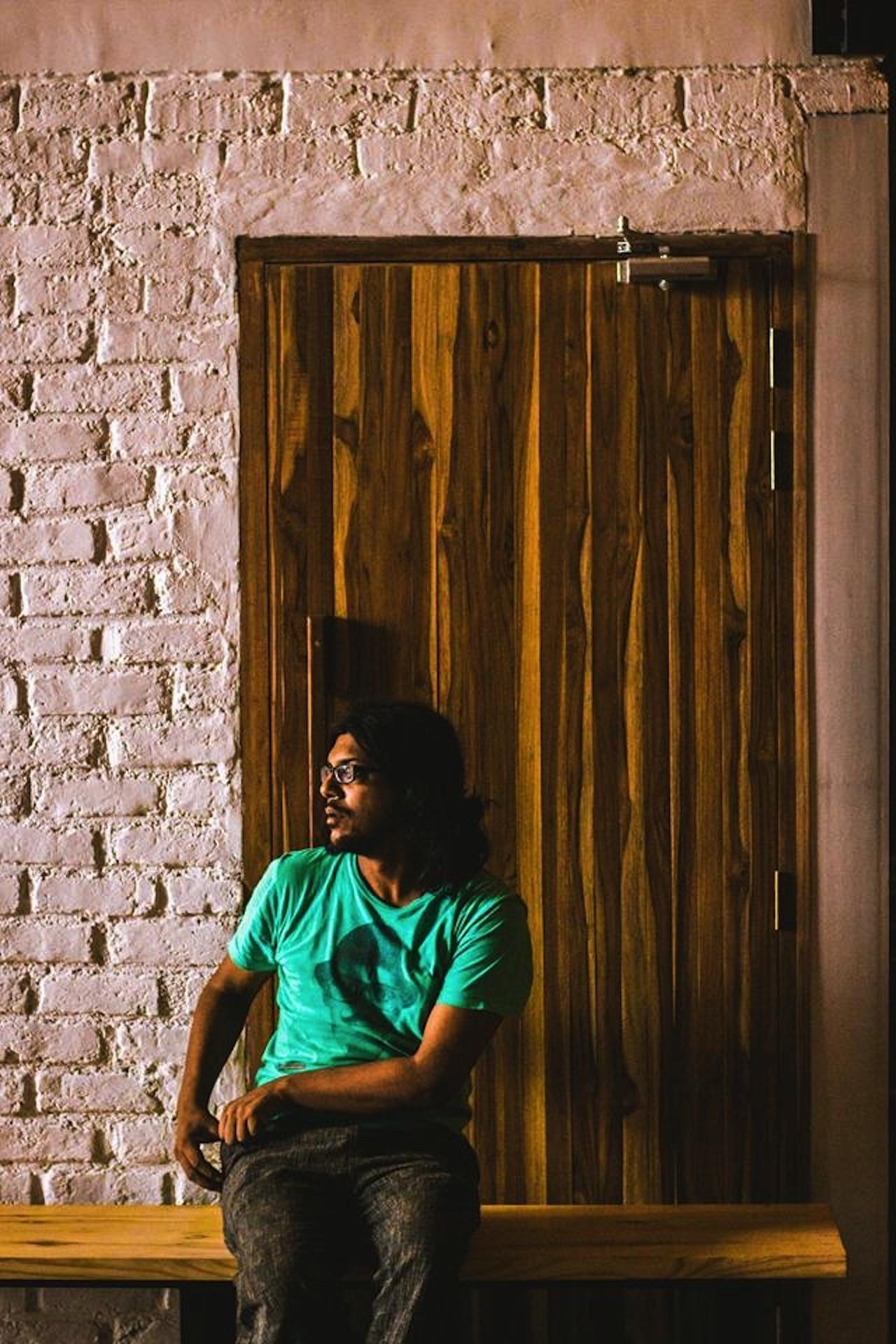 What do you think the benefits of travelling and exploring the world are?

To not succumb to racism.

Do you have any sustainability goals, projects, tips or routines?

Accept that you’re often wrong, realise that you do know when you are right, and curate who you listen to mercilessly.

I mean. Yes?  Where to begin?  How?  I suppose any narrative that was made out of a need to present it to the public as a sort of anti-insanity insurance? I listen to a lot of metal. Metalheads are usually big ol’ softies.  Apply that juxtaposition to any creator and I’m usually into what they do.

Soul & Surf is all about Now, Soul, Risk and Balance. Do any of those strike a chord with you?

I trained as an economist because decision making processes fascinate me. Perceptions of risk seem to underpin why cultures are distinct from one another. That shared uncertainty has to be grappled with somehow, and it seems every artefact we’ve made to try to deal with it - notions of destiny, faith, or whatever people do to outsource their accountability to a third party - consume my curiosity.

So yeah, risk is everything. “Now”, not so sure what it is. “Soul”, who knows. “Balance”, overrated.

Sujith the Guide from Soul&Surf on Vimeo.

I'm just gonna shoot the hell out of Goa for the winter. I don't have any other travel plans. Maybe NYC and London on the way for some work and friends. I lived out of a suitcase for most of the time I spent being between the ages of 21 and 37. I'm cool with not traveling so much anymore.

But, if I had the chance - I guess I will - I want to travel from Lahore to Urumqui via the Karakoram Highway and then onto the trans Siberian from Beijing towards Europe. That or Iran. Or both. Or neither.

I did watch “Ginger Baker In Africa” the other day though and maybe going somewhere where I have no idea what is going on so I can scare myself shitless again sounded good.

I’m also drawn to razor clams.  Ironically it turns out they are native to Nova Scotia, just on the north shore. There’s some folky adage in that observation to unpack I suppose.

What inspired you most about shooting in Kerala?

What's your lasting memory of the trip?

I went there after a wedding. Everyone came by. Soul & Surf just worked. I'm glad I got to be there.

And finally - what does Soul mean to you? 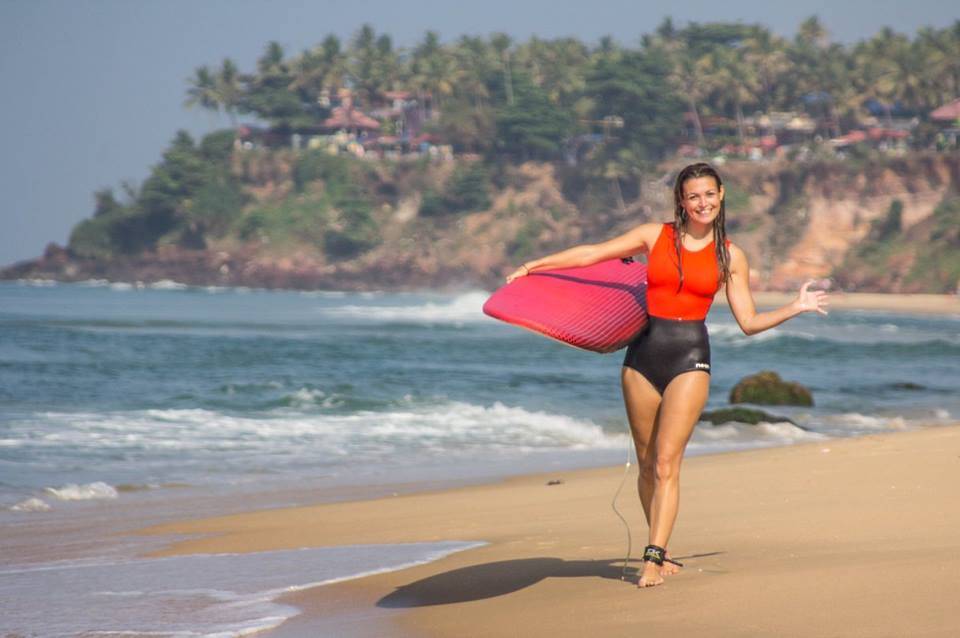 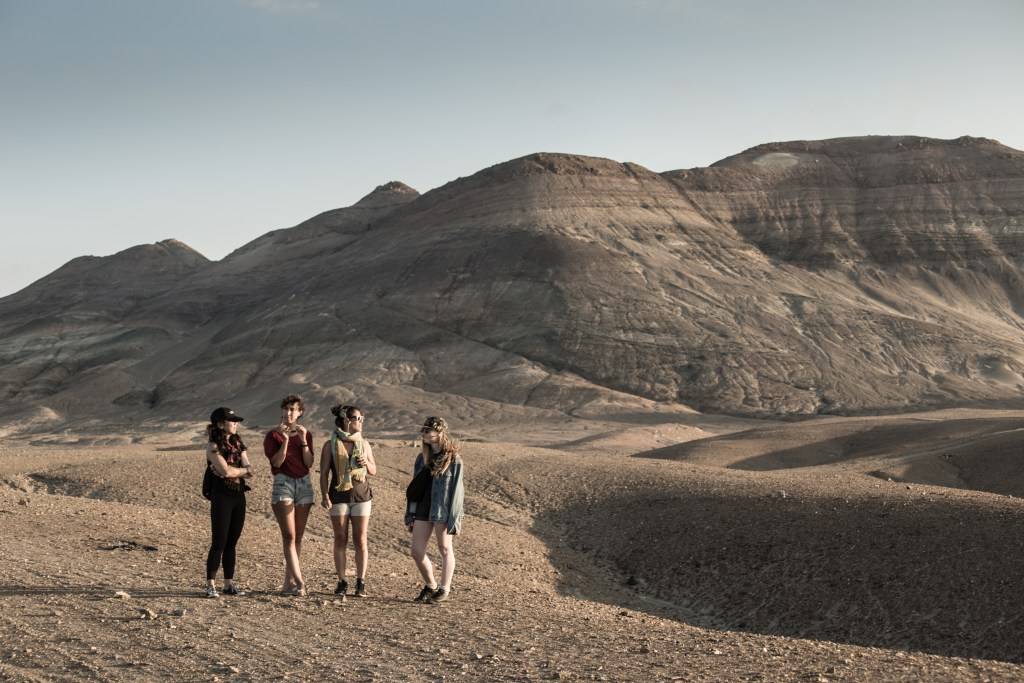 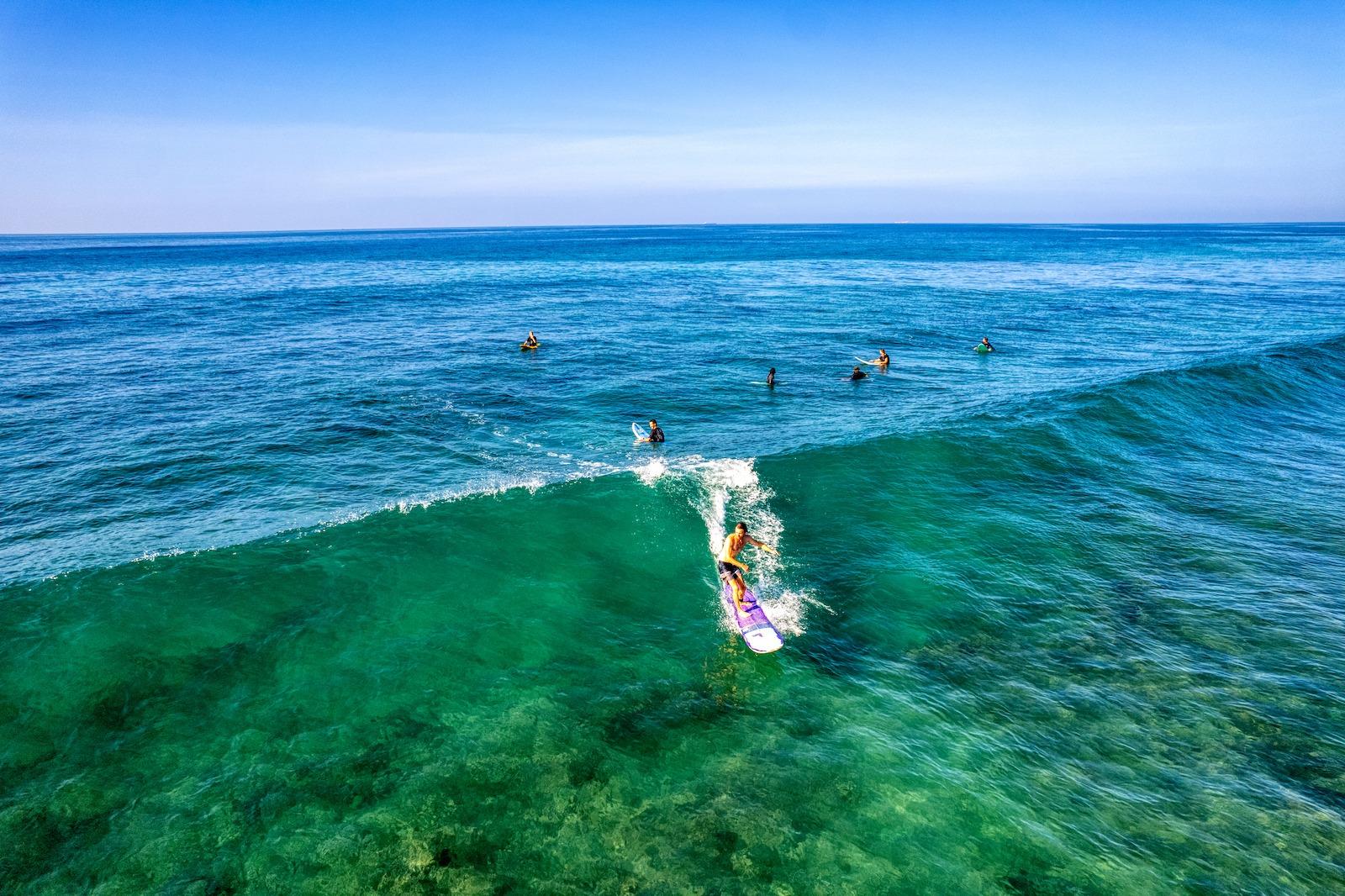 Sri Lanka | Our Reflections On This Resilient, Vibrant Island 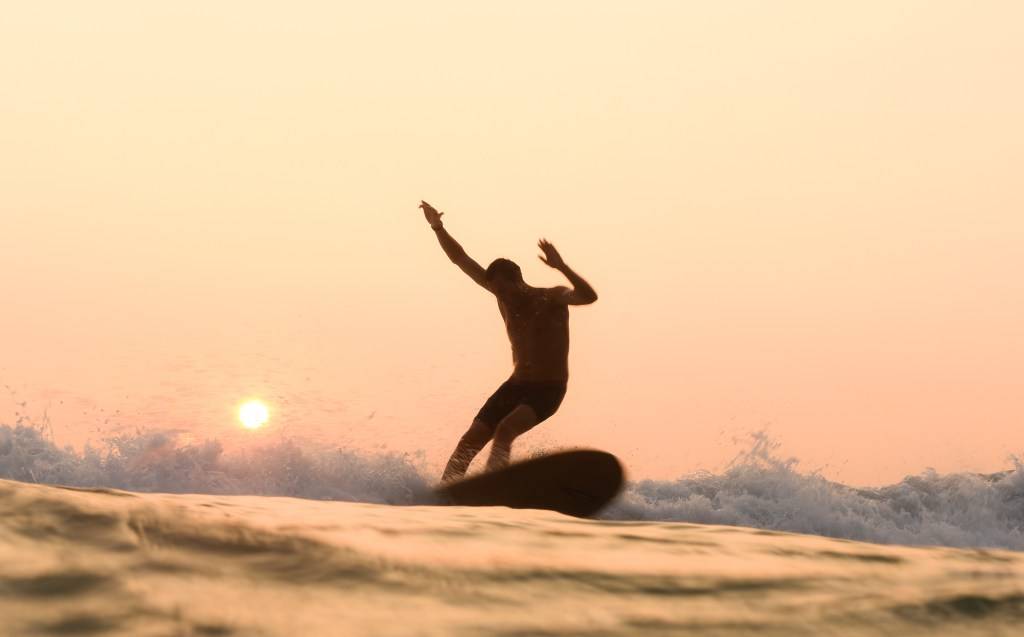