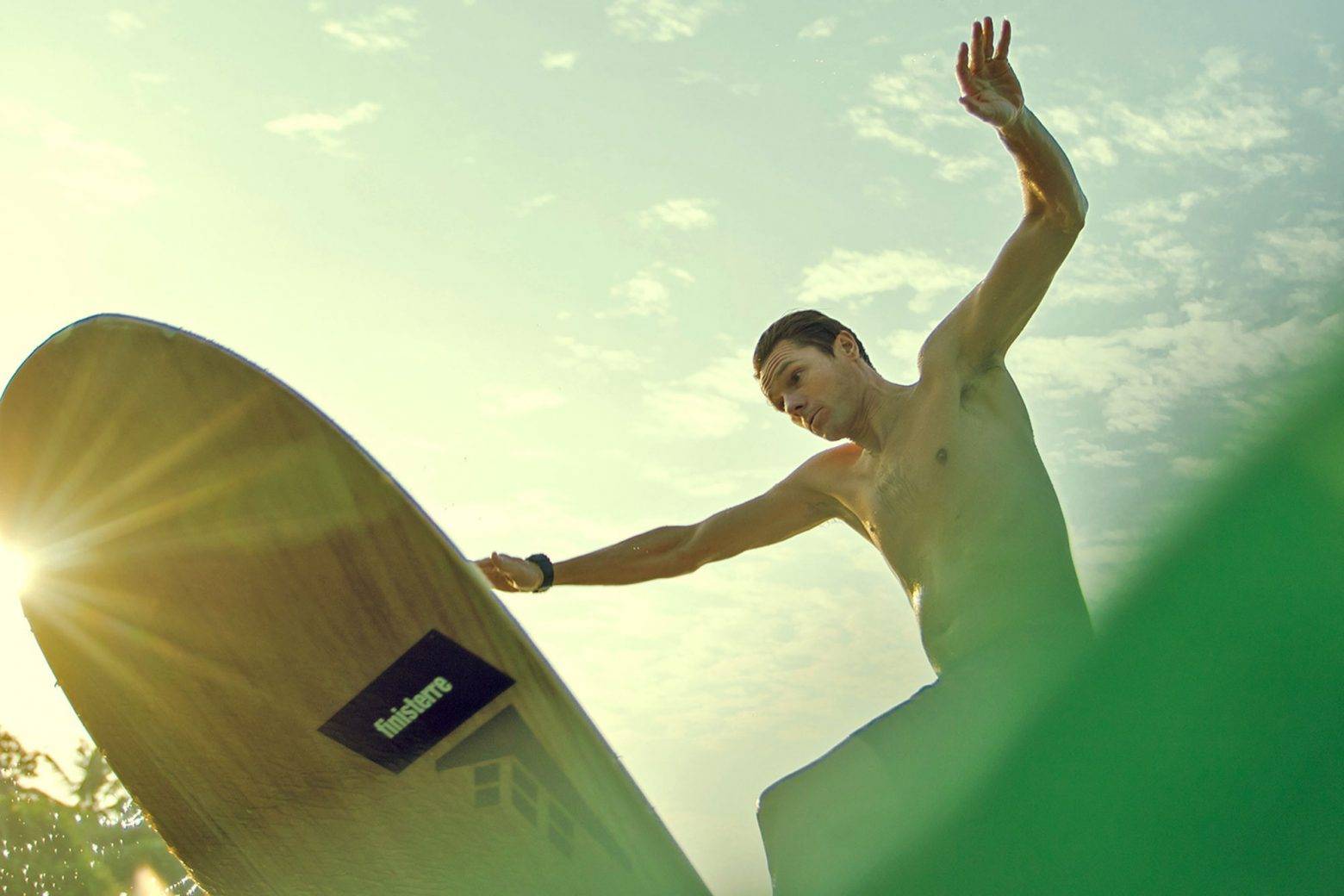 Sam Bleakley throwing some shapes at our local.

Let’s be honest, this ain’t Indonesia, but how India has kept off the surf radar for so long we don’t know. With warm water waves rolling into idyllic, tropical beaches all year long the secret is out – but the crowds are still nothing like your local break. This page has all you need to know about surfing with us in Kerala, whether you’re a gnarled old seadog or a total newbie. Have a browse through to find what you need to know.

Our soul of surfing programme is designed to pass on our love of all things ocean to you. From wave-riding on all kinds of craft (focused for your level, be that beginner, improver, intermediate or beyond) to ocean awareness and activism, to blue health and how the ocean is good for the soul. As we say, way more than your usual ‘pop-up-on-a-foamboard’ varkala surf school.

Soul & Surf India is a perfect spot for beginners to start their surfing lives. We offer surf lessons seven days a week, first thing in the morning when conditions are at their prime. For beginners we recommend at the very least three dedicated lessons before we assess whether you are ready to go out alone, but you’ll progress much better with a full week's course. Our wonderful local surf team of internationally qualified surf instructors and qualified beach lifeguards and their assistants are dedicated to your improvement. And our soul of surfing syllabus will upskill you in many different aspects of the surf.

We keep the instructor to pupil ratio as high as possible to ensure your safety in the water so we will have never more than 8 students per qualified instructor. We then supplement your lessons with regular theory lessons that all are welcome to attend. Our lesson price includes courtesy transport to a suitable surf spot.

Lessons can be booked upon arrival – have a chat with any of our team when you get here and we’ll get you booked in. Or you can make significant savings by booking and paying in advance - have a look at our package prices.

For those who are already competent surfing green waves we also offer a daily surf guide, hunting out the best waves for the day and the group's ability. Embrace the adventure, go with an open-mind and you never know what you might find!

Check out our surf prices and what's included

Dive deeper into our Soul of Surfing programme, work out your surf level – and find out what we aim to teach on our level 1-4 lessons, surf theory and soul surfing workshops 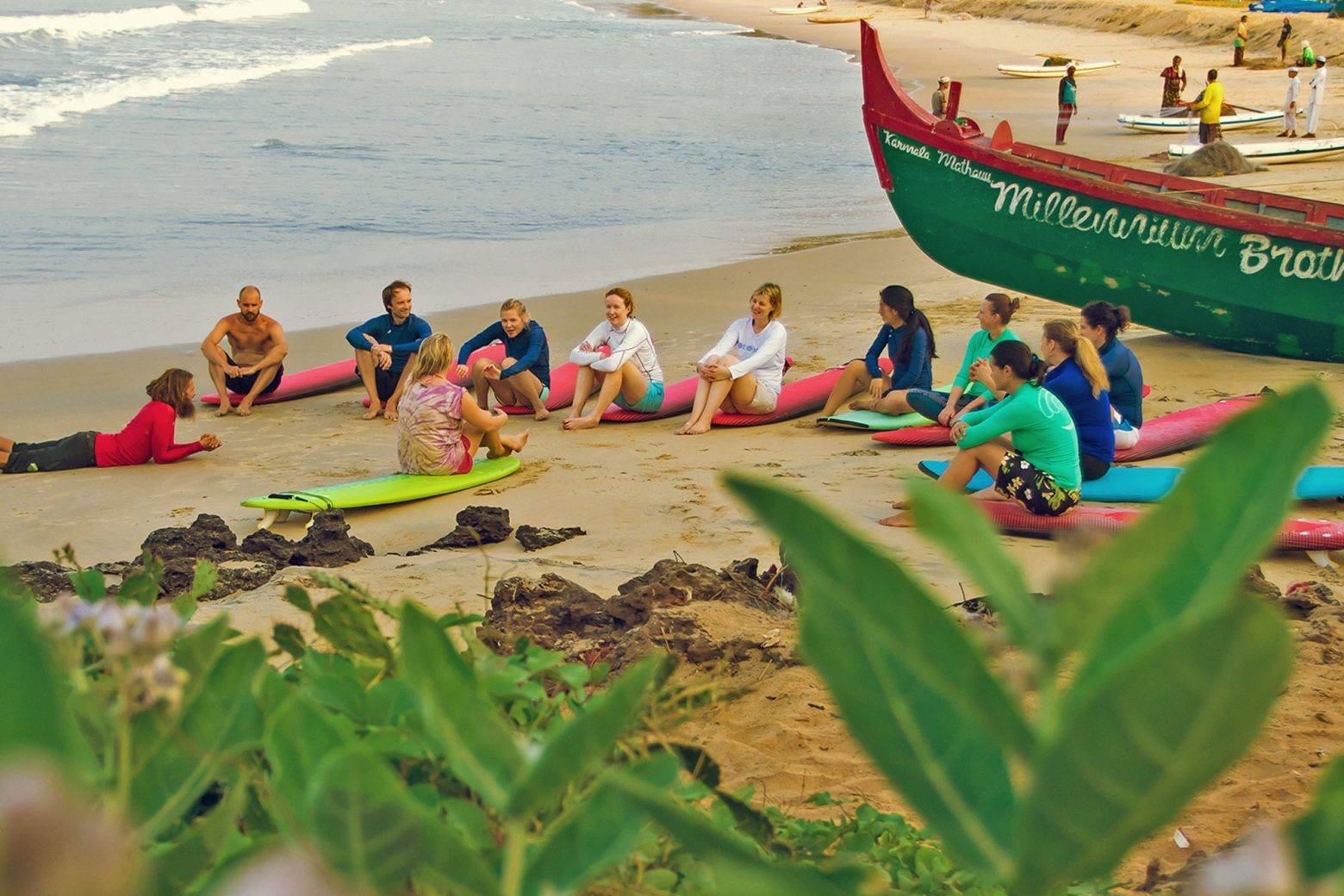 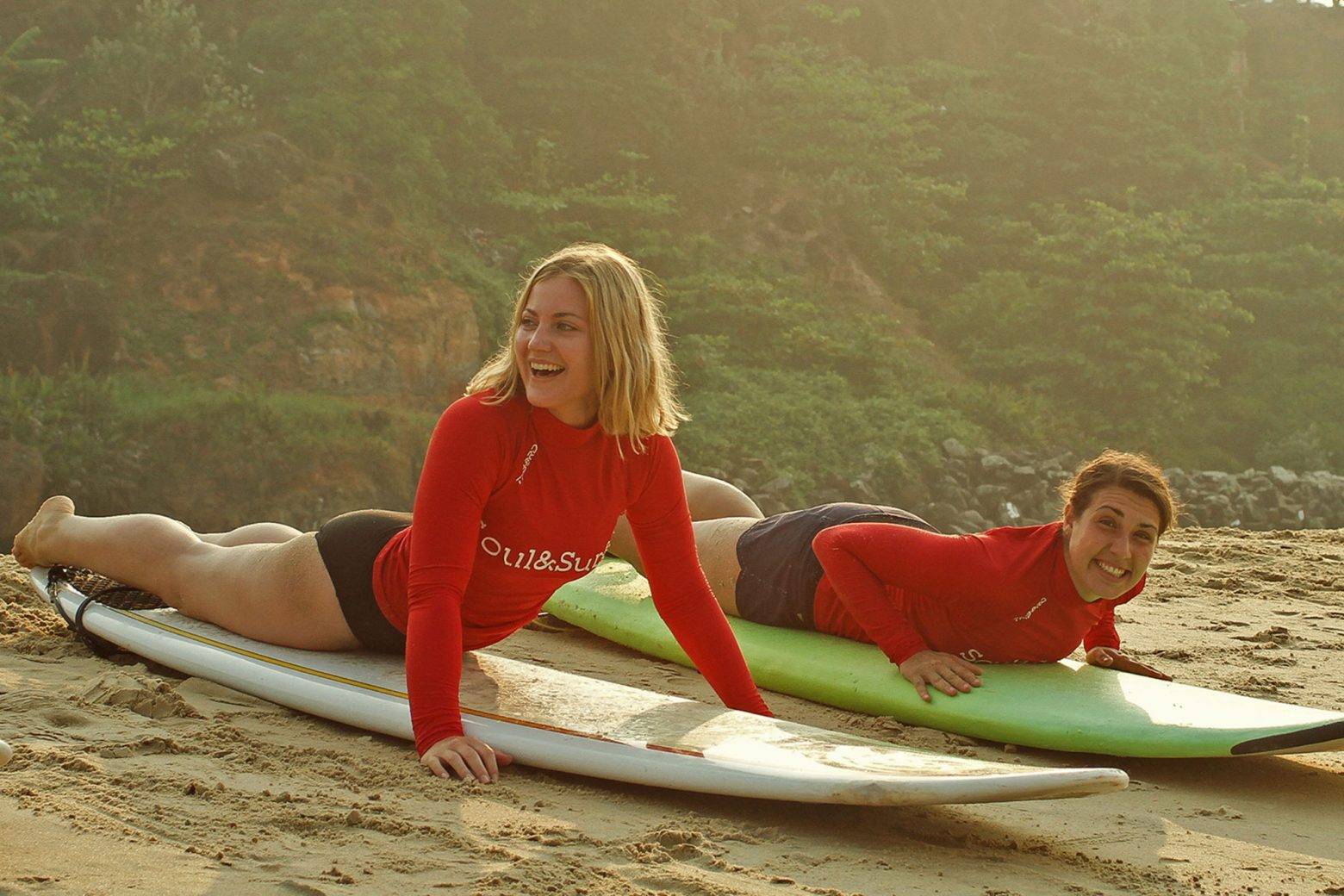 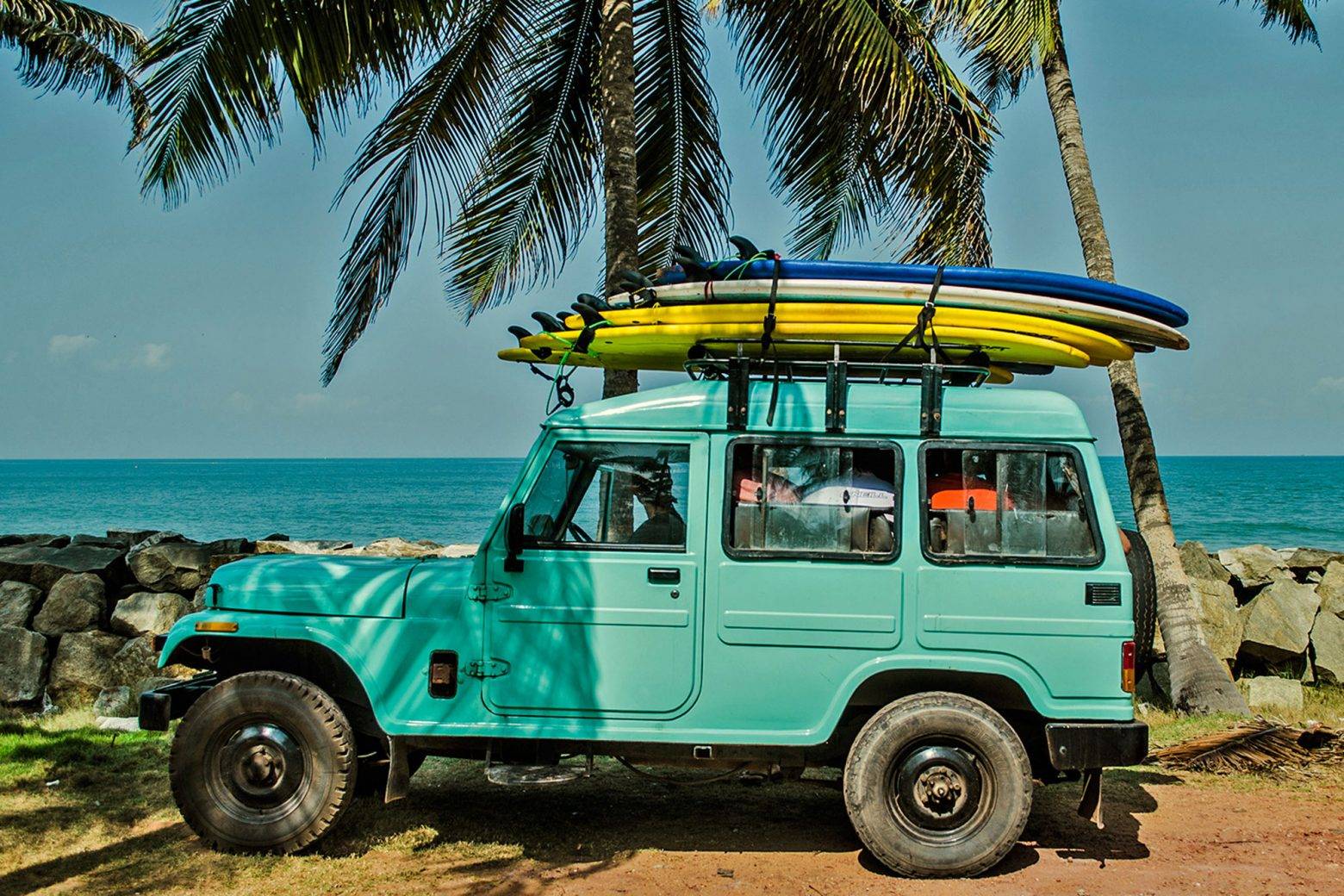 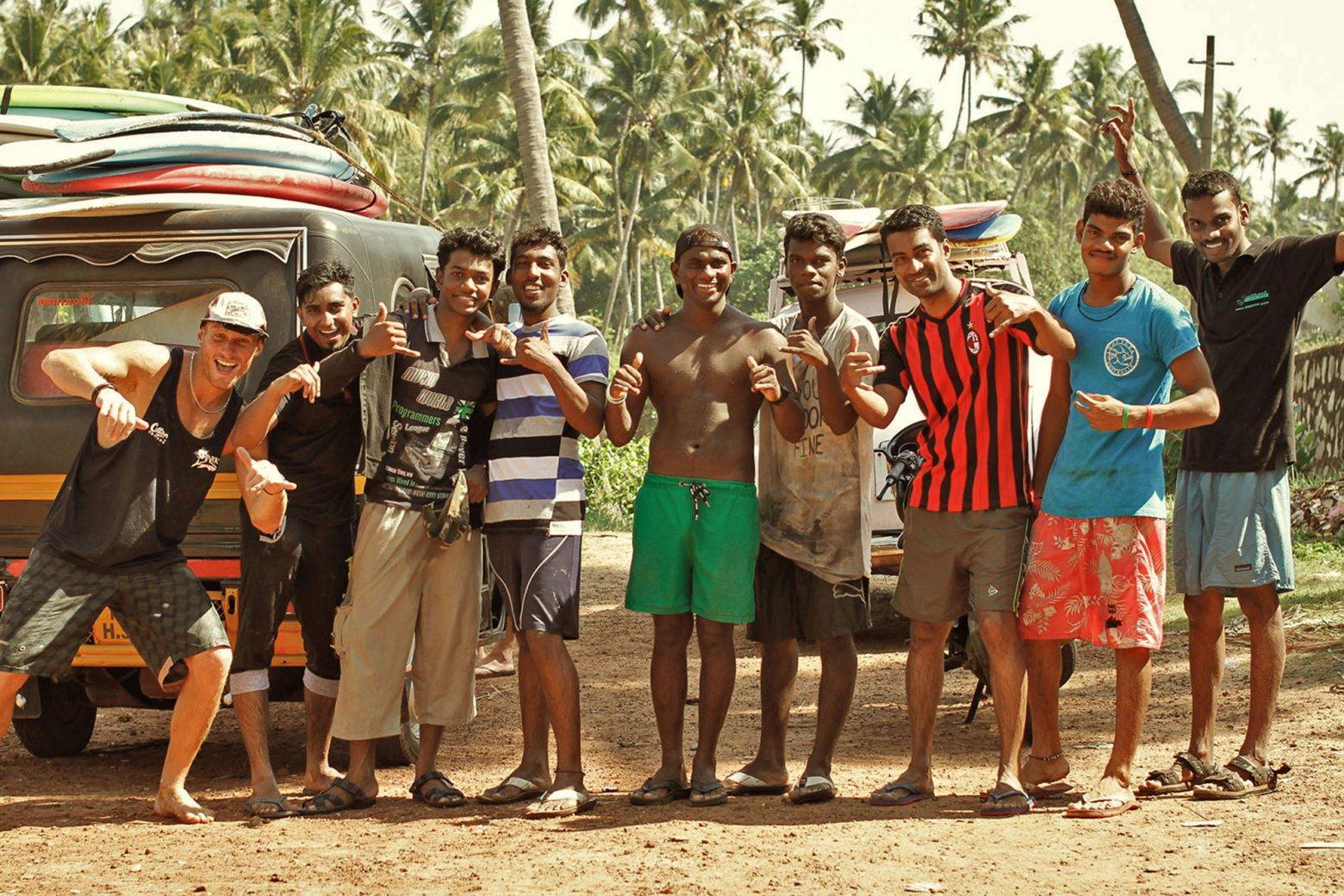 We work hard to focus on the stuff that’s missing at these basic surf camps, we hire great teams, we support the local community and environment and are very careful to consider our guests whole experience. However, we’ve been referred to as a unique surf camp in the past… well, yeah, that’ll do.

Well we’re not exactly the most seasoned of pros in the India surf scene but in our 12th season here we can still count the number of flat days on one hand. The wind is either non-existent or a light offshore every morning until around 10 or 11 o’clock when it switches to blow onshore for the rest of the day. To be honest it’s rare for the wind to drop again during daylight hours, it’s only really if it’s overcast that there’s no wind later in the day giving clean surf conditions.

The surf here and our set-up is suitable for absolute beginners all season long. And improvers through experts might prefer our bigger wave months October, November and March to May whilst looking to score waves in a new surfing frontier. The real frontier is May to September when the real strong southern swells hit. If you time it right and the winds (and other swells) drop it can be epic!

The little stretch of coastline we’re based near to is pretty straight so for waves to not just dump on the shore we’re looking for anything that will give some shape to the swells, jetties, river mouths, rocks, sand banks. If your stay coincides with one of our regular good swells you’ll be grinning like a cheshire cat. There are beach breaks aplenty giving fun, fast, sandy rides and when we get a good long range swell the points, rivermouths and jetties open up (depending on sand build up and swell directions) giving rides from 30m up to about 100m long.

Hit the Read More for details on the two seasons we experience here in Kerala.
And if you want even more, check out our Insider's Guide to the Surf Spots of Kerala.

The peak tourist season and driest, sunniest months of December to April coincide with the small swell season here which is fine for beginners learning to surf, yet even then it’s still knee to waist high most days with one or two bigger swells a month that will give us some head-high waves. Fingers crossed.

The wind is either off-shore or non-existent almost every morning in our season but most days the on-shores pick up at around 10 or 11am and blows the rest of the day.

The waves are generally bigger and there’s more of them from April to November but there’s more chance of storms and rain in these months too. It won’t be flat at these times of year, but strong swells and winds coming from different directions will mostly confuse the breaks. That said we have our best surfs in these months and some of our local breaks can become classic. But be prepared for many days, particularly from May to August, that are simply not good or safe to surf. Double-overhead is the best we’ve seen it, and that’s good enough for us!

We’ve been doing this for more than ten years now (eek!) and if there’s one thing we’ve learned along the way, it’s that trying new things is a Good Thing. So in low season 2022, with that in mind, we decided to try out keeping Soul & Surf India open for the low season. And you know what? It was pretty amazing.

At this time of year, Kerala can be a bit rainy, that’s for sure (and if you come at this time you’ll probably get the chance to witness some pretty epic storms).

However, if you’re up for the adventure and not so fussed about sun-lounger time, you might be able to surf spots that even we never knew existed. Cool, huh. Plus – shh, it’s a bit of a secret – there are still some very surfable clean days, with little to no wind - all meaning that if you’re lucky you may have the best waves of your life with not a single person around!

The somewhat more unpredictable conditions mean that our offering will be different to the ‘norm’. This will vary day to day, usually because we’re at the whim of Mother Nature (but, let’s be honest, when are we not?) On a typical day, we will assess the wave and wind conditions in the early morning and decide when – and if – the lesson can be given. Please be prepared for days where it is simply not safe to go in the water.

With warm water waves rolling into idyllic, tropical beaches all year long, the secret is out. So much so we even compiled a surf guide for you... 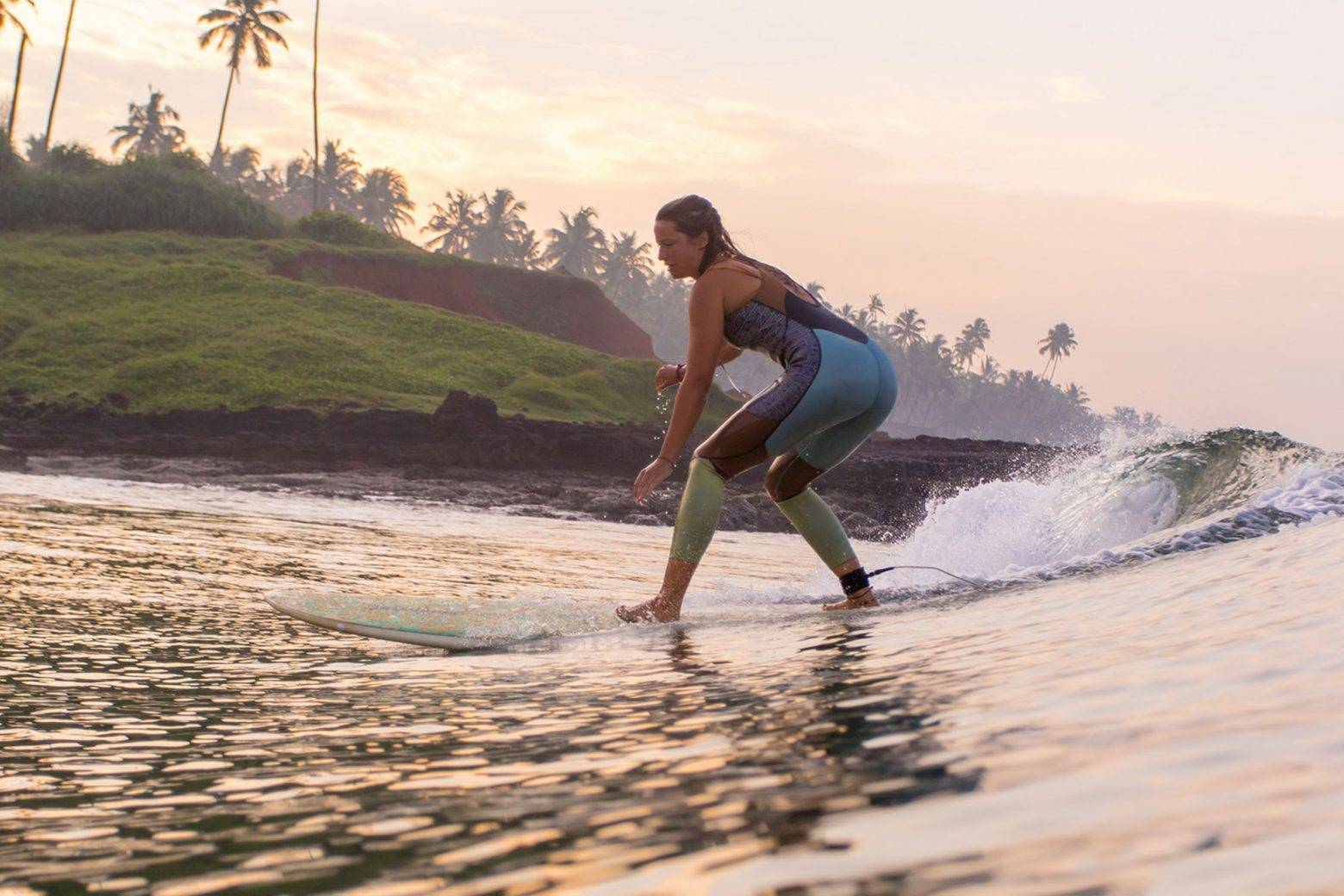 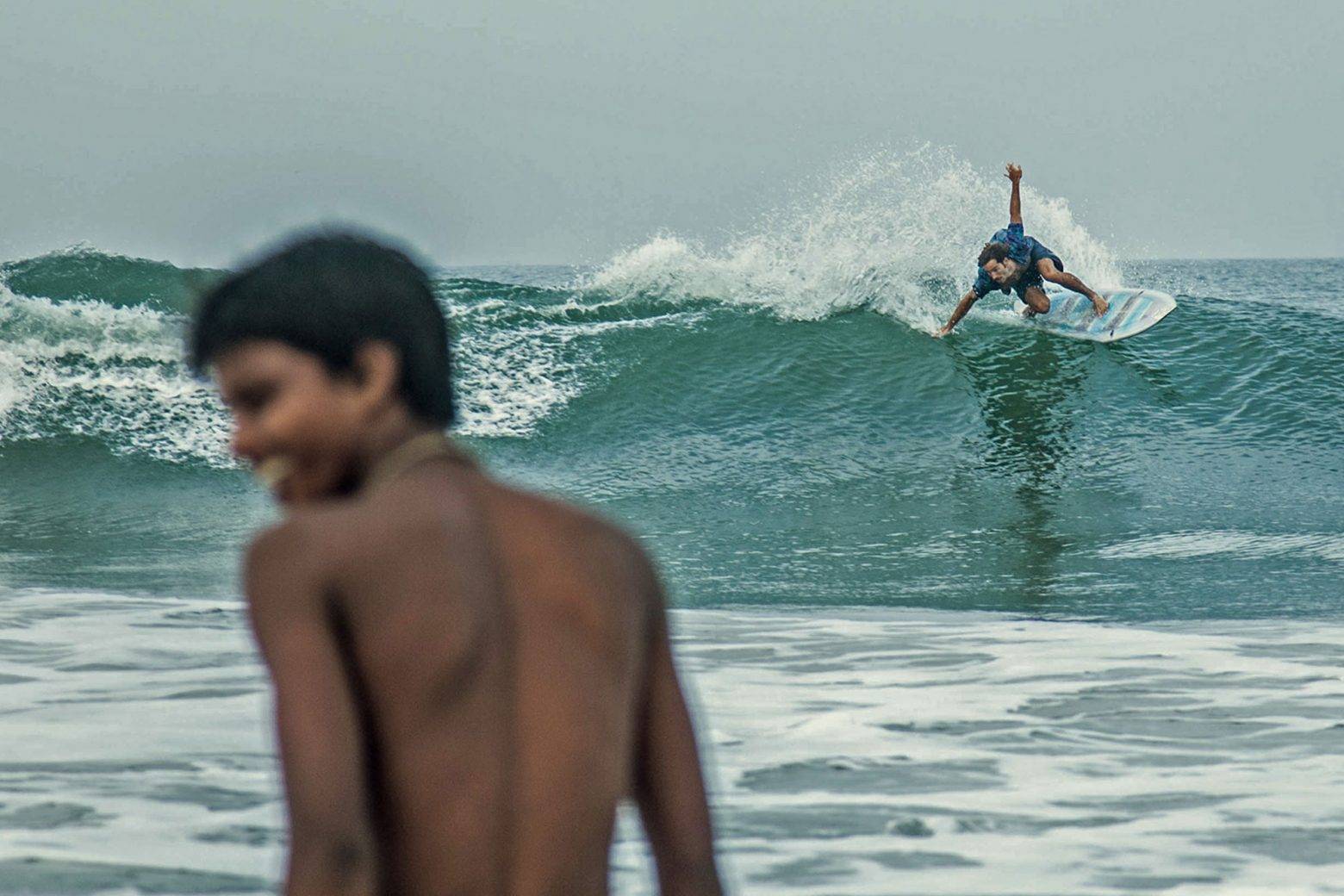 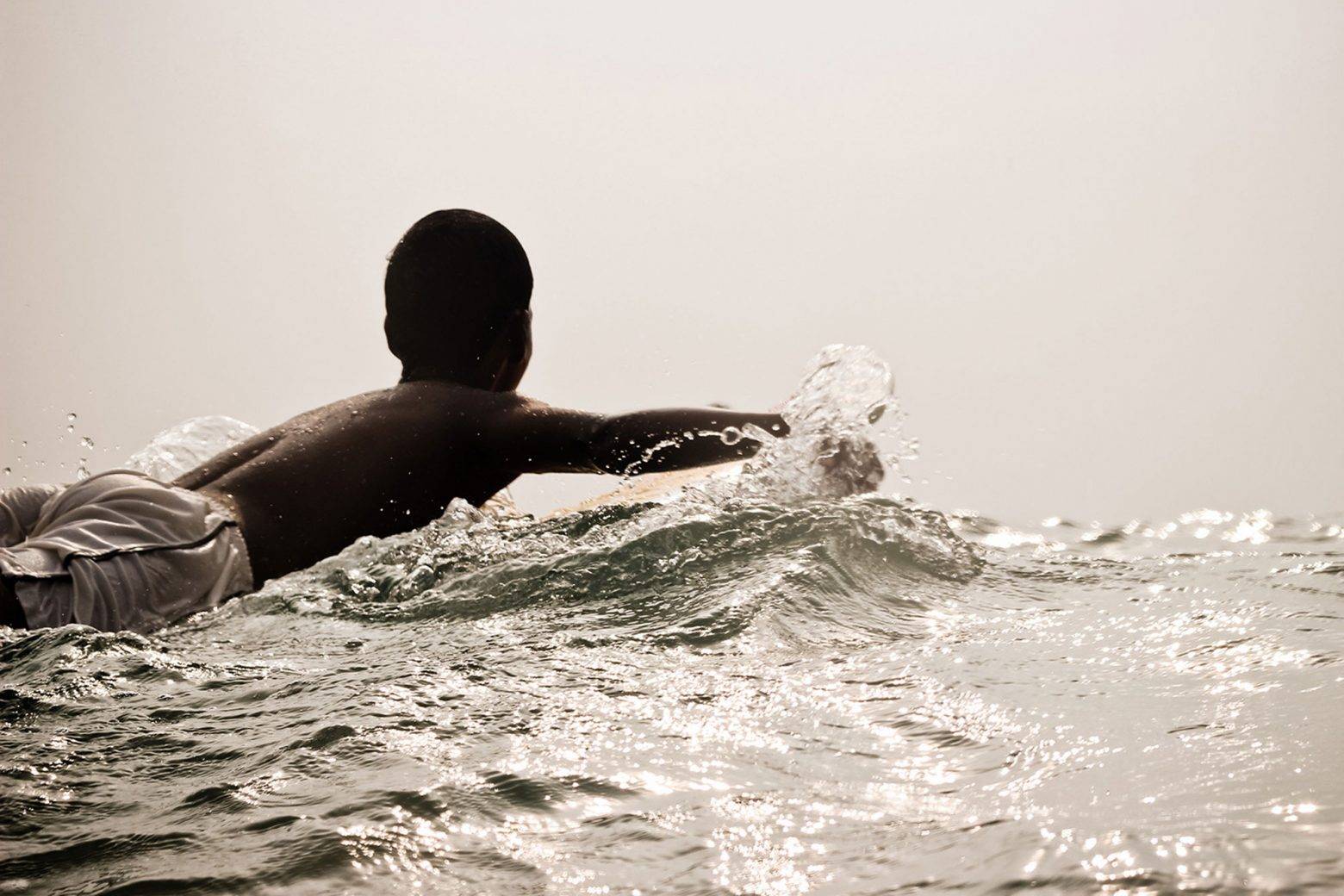 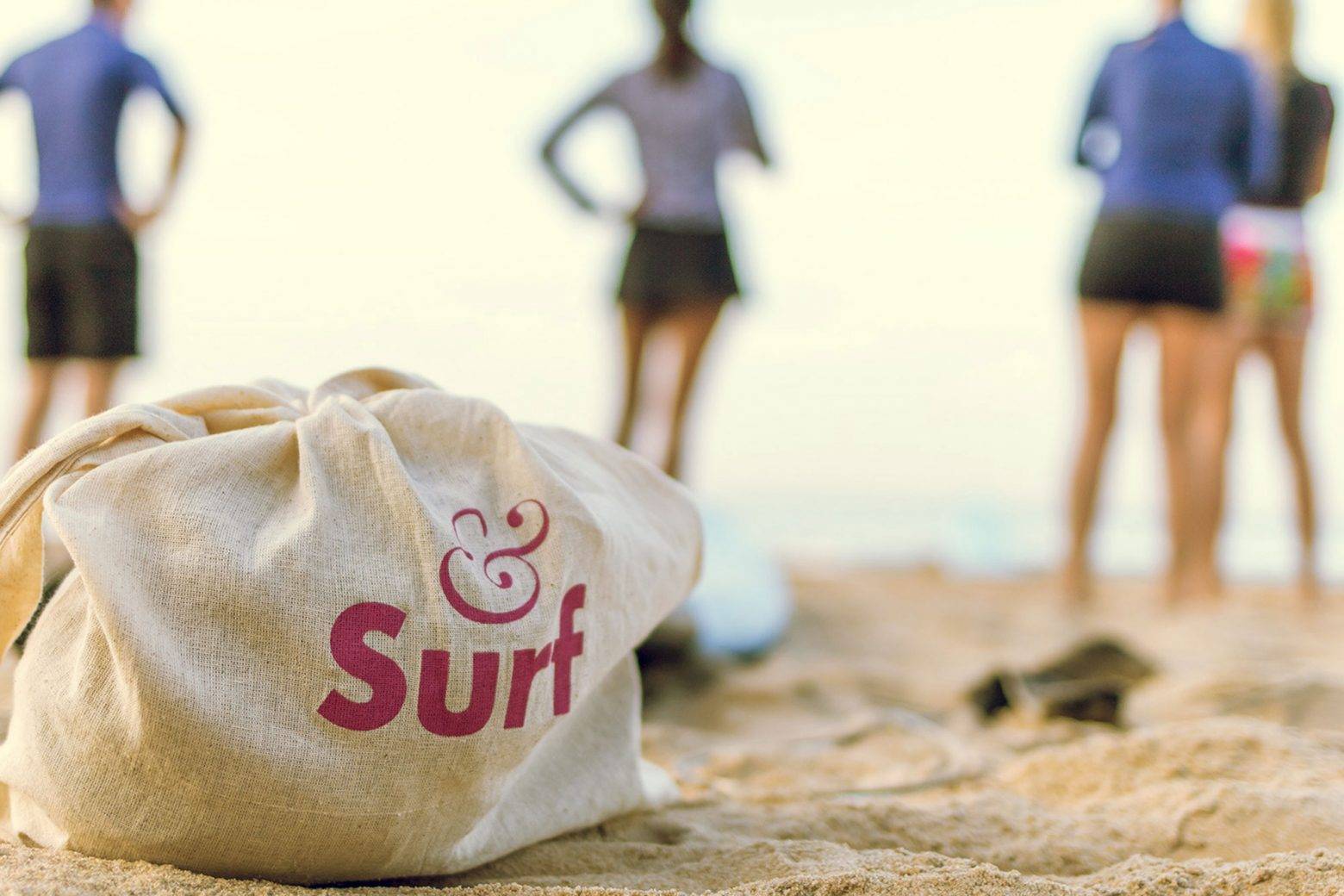 Surf Equipment & Preparing For Your Trip

We have a full stock of boards available to hire throughout your stay. We’ve got everything from 6ft short boards through fun boards, mini-mals, long-boards and a good range of beginners foam boards so that whatever your level and however you progress we’ve got the right board for you and the conditions. We’ve got all the other stuff you need from leashes, to wax plus we provide Soul & Surf rash vests for those on lessons so there is pretty much nothing to bring except for surf/swim wear — girls, please bring shorts with you due to cultural sensitivity in some of the areas we surf  — and water-proof sunscreen.

Of course you can just dash out of work, hop on a plane and be with us the next day. But if you can start some preparations before you jump on the plane you will really feel the benefit. Here’s a few things to get you going before you get to us, particularly if you are not a regular surfer:

*Please note, none of the above is medical advice, consult your doctor to be sure.

Safety and professionalism are the cornerstones of surf coaching at Soul & Surf. This is even more true when working with kids, we cannot ask our instructors to go beyond what their qualifications and governing bodies advise them to.

Email us at enquiries@soulandsurf.com if you need to discuss further. 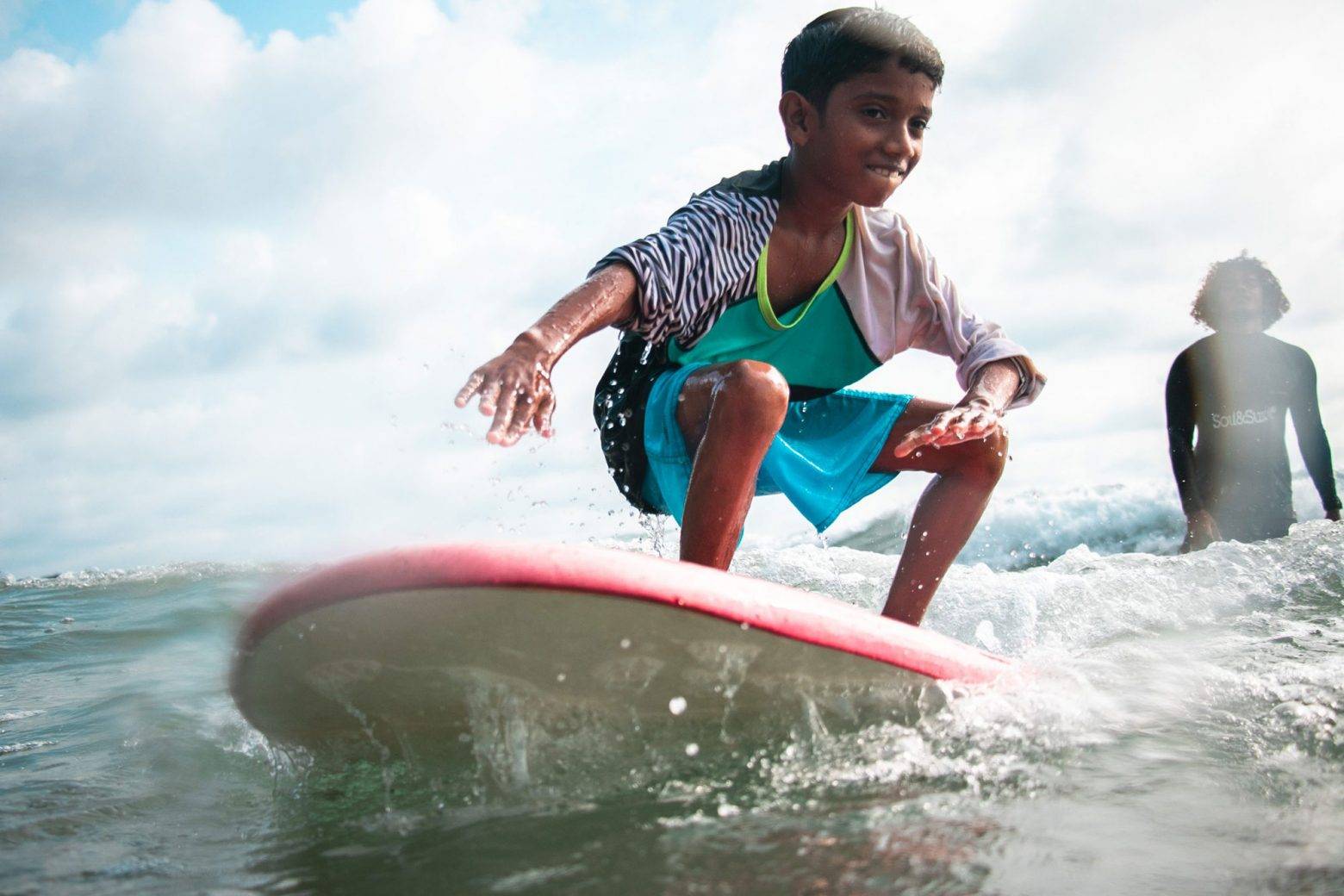 When we first arrived in Varkala there were no local people surfing at all. When we made the leap to set up Soul & Surf here we were adamant that we would share the stoke with any local who showed an interest. For the first two seasons that meant taking new friends along with us on our surf trips and lessons some mornings, but that was just one or two folks at a time. In 2014 we decided to up the ante and advertised a proper weekly surf club at one of our favourite local breaks up in Edava, a fishing village which we visit almost daily.

Lead by our surf team with the help of a few guests have built up a regular and dedicated following from a group of village kids in Edava and some kids very local to where we are in Varkala. Their progression over the seasons has been incredible to watch so it will be really exciting to see their progression over the coming years. We’ve employed some of the kids who’ve gone through the surf club already and they have become qualified ISA surf instructors and lifeguards and hope that this could be an ongoing trend.

The surf here and our set-up is suitable for absolute beginners all season long. And improvers through experts might prefer our bigger wave months - April to November.

We use cookies in order to give you the best possible experience on our website. By continuing to use this site, you agree to our use of cookies.
Accept